skip to main | skip to sidebar

3 Unique phones that push the limits on style 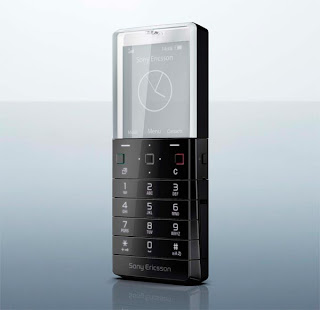 Most cell phones these days need to look at least a little cool to attract buyers. The Iphone is sleek and sexy, the T-Mobile sidekick looks unique and cool, and the Blackberry line looks like a professional cell phone should. These three cell phones, though, scream style. They push the bar on what cell phones should look like and beg to be looked at.
First on our list is the Sony Xperia X5 Pureness - One of the most unique phones available - with an unbelievable transparent screen that’s guaranteed to be a conversation starter.
The Sony Ericsson Xperia X5’s transparent 1.8 inch screen simply stands out taunting others to admire it. It is monochromatic with a QVGA resolution giving it very detailed images. It also happens to be very good quality even in direct sunlight. The angular body of the phone feels solid yet extremely light weight and the raised keys are comfortable to use. Because of the phones size it isn’t the best for people with larger hands but should still be usable.
Overall the Sony Xperia x5 seems to be quite a decent cell phone with average performance in nearly all categories. The transparent screen, though, sets it apart from all other phones. It is of a very high quality, and really makes for an interesting gadget
The Second phone to look out for is the Nokia Carbon Arte. This phone has been available for a while but never stops to amaze. The phone is made from carbon fiber, titanium and stainless steel. It’s display is an OLED with QVGA resolution. The phone comes with 4gb integrated memory and a 3.2 megapixel camera. The phone has a music and video player along with all other features standard in the nokia line.

Finally the LG Crystal GD900 has a stylish body with LG’s very pretty S-Class 3d interface. The kicker is in the touch-keypad. First off, It’s see through and looks very cool. The keypad also happens to be more of a touch pad then a keypad with gesture controls. The 3 inch screen also has touch and gesture control. With 1.5gb built in memory the phone will have lots of storage space for the whopping 8 megapixel camera.
For style, grace, and a darn cool phone check out the Sony Xperia X5, The Nokia 8800 Carbon Arte and the LG Crystal GD900 on cell2get.com
Posted by cell2get at 11:51 AM